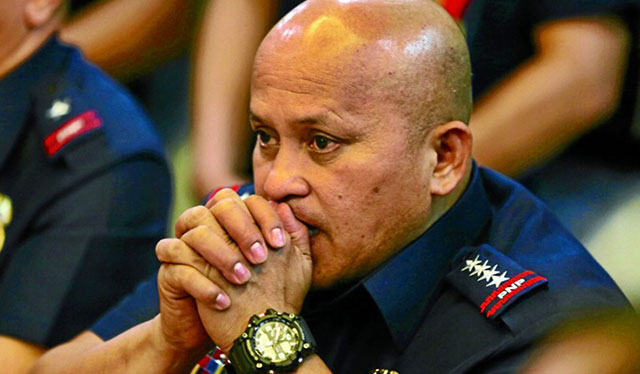 Senatorial candidate Ronald “Bato” Dela Rosa admitted on Wednesday, February 6, that he is conscience-stricken and feels guilty of the killings that happened under his watch during the Philippine National Police (PNP) operations in implementing the war on drugs.

Dela Rosa disclosed to reporters that he even asked forgiveness from Archbishop Rolando Tria Tirona of the Archdiocese of Caceres. The bishop, he said, forgave him and even gave him a token for protection.

“Even if I was not the one who killed and shot them, I was the PNP chief. It happened under my watch,” Dela Rosa said.

The killings, he added, left him with a “guilty feeling” and a heavy heart.